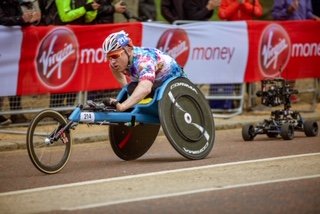 The London Marathon (currently known through sponsorship as the Virgin Money London Marathon is a long-distance running event held in London, United Kingdom, part of the World Marathon Majors. The event was first run on 29 March 1981 and has been held in the spring of every year since. Since 2010, the race has been sponsored by Virgin Money

Wacky costumes, outrageous records, and a rogue race leader in pink shorts - marathons are never short of inspiring stories and this year's event in London was no exception. Close to 43,000 runners took part in the 2019 London Marathon, which this year took place on Sunday 28th April.