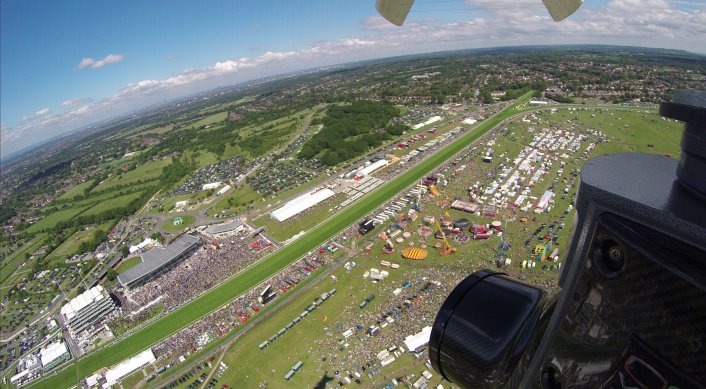 The 2018 Investec Derby Festival took place in June at Epsom Downs Racecourse in Surrey. With ladies day on Friday 1st and Derby race day on Saturday 2nd, the Investec Derby is one of the biggest and most prestigious global races. Dating from 1780, it is also one of the oldest races and, with a large sum going to the winner, one of the most valuable.

A key focus of ladies day was the stunning fashion, celebrated with the annual Style Award competition. A plethora of colours and styles were available to capture on camera, and prizes were on offer, worth over £5000 to the best-dressed female.

Investec Derby Day delivers a truly quintessentially British experience. There was a carnival atmosphere and picnics on the Hill, top hats and tails in the Queen’s Stand and upbeat musical entertainment. One of the greatest race days and social occasions of the British summer calendar.
However, it is the horse racing action that captures visitors. Amongst the seven races is the Supreme Test of the Racehorse, the Investec Derby. The one everyone wants to win, with a prize pot of £1.5 million. The race distance is one mile, four furlongs and 10 yards.

Aerial Camera Systems (ACS) were privileged to spend two days filming at the 2018 Investec Derby Festival. ACS provided all the specialist cameras for ITV Racing, including a 7m Vertical track fitted with a SMARThead™ and Sony P1 Camera. The ACS tracking vehicle was also there to follow the horses around the course and coverage from the air was delivered by EMMY award winning aerial cameraman, Dave Manton using an HD Cineflex V14 stabilised mount. An additional Cineflex was also fitted to the ACS EyeFlyer blimp, sponsored by Investec, offering shots of the action below.

The 2018 Epsom Derby was the 239th annual running of the Derby horse race, with ACS capturing all the exciting, high speed, racing action. The race was sponsored by Investec.
William Buick rode Masar to victory in the Derby, at odds of 16/1. The favourite, Saxon Warrior, could only finish fourth.
The 2018 Investec Derby Festival is just one of the famous live sporting events that Aerial Camera Systems (ACS) has had the honour to film. To find out more about our Showreel or our specialist cameras and crews, then please visit our website.