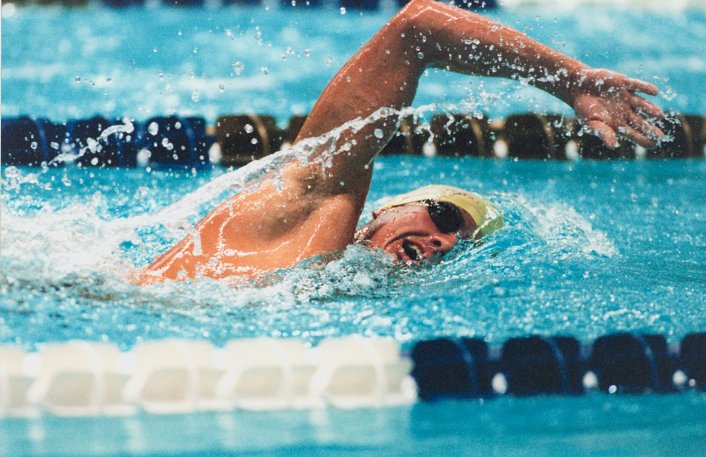 The Aerial Camera Systems crew and specialist cameras have been busy capturing Olympic gold medalists and champion swimmers from across the globe as they hit the water sprinting in the International Swimming League’s (ISL) inaugural season. The competition took place in seven cities across the U.S. and Europe, and culminates in December at a custom – built pool in the heart of Las Vegas at the Mandalay Bay Resort and Casino four days before Christmas.

The International Swimming League (ISL) is an annual professional swimming league, established in 2019. The ISL goal is to create a commercially successful format of a team-based swimming competition. Eight teams are composed of both women and men, made up of athletes from around the world, not by swimmers’ nationality. The league this year consisted of seven swimming meets which took place in seven cities around the world, which included stopping off at the London Aquatics Centre for a two-day spectacular.
London Roar were competing - featuring some of the best swimmers in the business including Olympic Champion Adam Peaty, Australia's Cate Campbell and European Champion James Guy.

The schedule consisted of six regular season meets, followed by a Final Match in Las Vegas. At each meet four of the eight teams compete. Two of the meets were 'derby' meet, one for all four American teams and one for all four European teams. The rest of the meets, including the Final Match, included two American and two European teams.
A total of 37 races were held in each match (the 4x50m mixed medley relay acts as a tie breaker). ISL teams could have a maximum roster of 32 athletes for 2019 season, with a suggested size of each club's traveling roster of 28 (14 men and 14 women). Each club has a captain and a vice-captain of different gender.

Aerial Camera Systems provided remote cameras both above and below the water, filming the swimming action at the Budapest, Naples and London locations.
Having signed more than 200 of the world’s best swimmers, ISL is shaking up the sport with a dynamic, fast – paced team – competition format. It’s just the sort of exciting format where the Aerial Camera Systems team excel, as our showreel demonstrates.
Shortly after the London leg of this series, ACS were travelling up to Glasgow to cover the LEN Short Course European Championships. The team provided a 25m pool deck track with HD Cineflex V14 stabilised mount, SMARThead™ remote heads and underwater polecams and remotes. If you’d like to find out more information about filming at the International Swimming League, or how our huge inventory of specialist cameras and our award winning crew can enhance your next production, then please visit our website or get in touch.