Cameras at the Sports Personality Of The Year 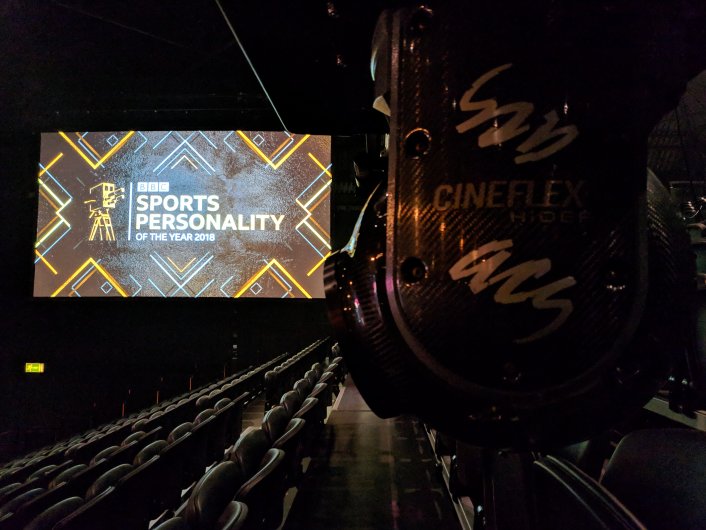 On Sunday evening, the great and good of the sporting world gathered in the Birmingham Genting Arena to celebrate another memorable 12 months. Aerial Camera Systems (ACS) were there for live filming of the awards.

What is Sports Personality of the Year?

BBC Sports Personality of the Year - or SPOTY for short - is one of the most coveted awards in British sport. That's because it is voted for by the general public.
Past winners include Sir Mo Farah, Sir Andy Murray, Andrew Flintoff, David Beckham, Paula Radcliffe and Bobby Moore.
The show is an opportunity to celebrate another brilliant year of sport, with seven other awards handed out on the night.

What other awards were handed out?

Other awards to be given out on the night were Team of the Year, Coach of the Year, World Sport Star of the Year, Greatest Sporting Moment of the Year, Unsung Hero, and Lifetime Achievement which was given to Billie Jean King.
In addition to those, the Helen Rollason award was won Billy Monger; a Formula 3 driver who returned to motor racing after both his legs were amputated following a crash.

Who won Awards as Sports Personality Of The Year 2018?

Tour de France winner Geraint Thomas was voted BBC Sports Personality of the Year 2018.
The Team Sky rider, 32, became only the third Briton to win the race, after Sir Bradley Wiggins and Chris Froome.
"I take great pride in representing Britain and Wales," he said on Sunday. "It has been a great year for British sport and long may it continue."
In a public vote, Formula 1 champion Lewis Hamilton finished second while footballer Harry Kane was third.
Thomas - who was presented with his award by 2017 winner Sir Mo Farah - is the first Welshman to win Sports Personality since footballer Ryan Giggs in 2009.
"I really should have thought about what I was going to say," a shocked Thomas said.
To find out more about how the awards unfolded have a look here.
A full list of winners can be found here.

Aerial Camera Systems (ACS) at Sports Personality Of The Year 2018

The BBC Sports Personality Of The Year show took place in front of a live audience of 12,000, with millions more watching on BBC One
Working with CTV Outside Broadcasts, ACS installed an 80m flown track with HD Cineflex V14 stabilised mount. This was rigged and operated by the ACS tracks crew to deliver overhead tracking shots showing the scale of the event and audience. The crew also supplied and operated an ACS SMARThead™ remote head with Sony HDC P1.

Aerial Camera Systems (ACS) have a wealth of experience in filming live projects. From State occasions to sporting events, we have covered a multitude of events, in locations all over the world. Why not get in touch to find out how our specialist cameras and crew can enhance your production.