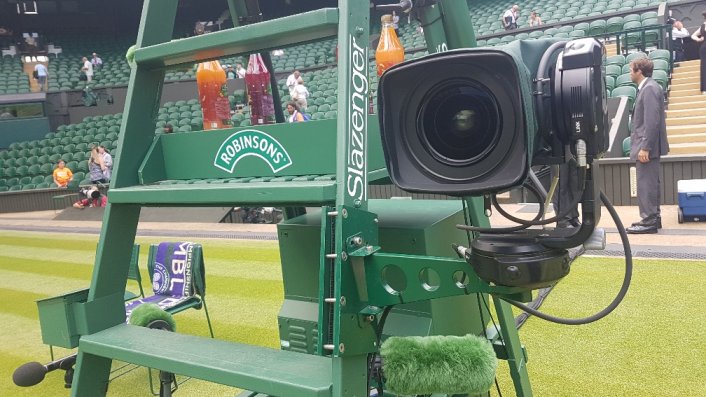 As the tennis season moves into summer, we come to the year’s biggest tournament – Wimbledon. Wimbledon is the only grand slam which is attended by the royalty and the English Royal family has a strong connection with the club. This year Prince William, the Duchess of Cambridge and Duchess of Sussex attended.
This year’s Championships were held from Monday 2nd July – Sunday 15th July at Wimbledon. Tennis fans enjoyed a sun-drenched Wimbledon this year, with straw hats, shade and strawberries and cream the order of the day for spectators.
The men’s and women’s tournaments began on 2nd July, with the doubles starting on the 4th July, and mixed doubles from 5th July. The juniors, wheelchair and invitational matches commenced on Saturday 7th July.
Held at the All England Lawn and Tennis Club (AELTC) the Wimbledon tennis Championship attracts the best of the world’s tennis talent. This included, from the new French Open champions Simona Halep and Rafael Nadal as well as Roger Rederer and Serena Williams making her impressive return after having her first child.

This year saw the first year host broadcast coverage was brought in-house with Wimbledon Broadcast Services (WBS) delivering multi camera coverage across all 18 courts. Aerial Camera Systems (ACS) provided 36 specialist cameras to WBS. UHD cameras featured for the first time this year with SMARTheads™ and baseline track on Centre Court as well as some of the beauty shots around the Championships. ACS cameras also featured in the Press Room and the Aorangi Practice Courts. Other kit included ACS tracks and a SMARThead3™ with Sony P43 camera UJ90 lens positioned by the Clubhouse.
ACS also gave its brand new Cineflex Pro + gimbal its first outing. This was used to deliver the iconic ‘aerial’ hoist shots of the All England Club in UHD/HDR for the first time.

After a fortnight of fierce competition, the tournament’s top male and female players went head-to-head in a bid to be crowned the winner of the 2018 Championships, on the same day as the World Cup final.
The Wimbledon tennis tournaments provided some exciting action, and some great tennis results.
Novak Djokovic earned his first Grand Slam title in more than two years by beating Kevin Anderson to win his fourth Wimbledon championship.
Djokovic, seeded 12th, won 6-2 6-2 7-6 (7-3) to claim a 13th Slam - his first major since the 2016 French Open.
In the women’s competition Angelique Kerber beat seven-time champion Serena Williams to win her first Wimbledon title. The German 11th seed, 30, beat the 23-time Grand Slam champion 6-3 6-3 to add this title to her 2016 Australian Open and US Open crowns.
Filming the Championship tennis at Wimbledon is always action packed and exciting experience. This year, Aerial Camera Systems, were also excited to be using our brand new Cineflex Pro + gimbal for the first time. To find out more about our large inventory of specialist cameras, or how we can assist on your next filming project then please get in touch.