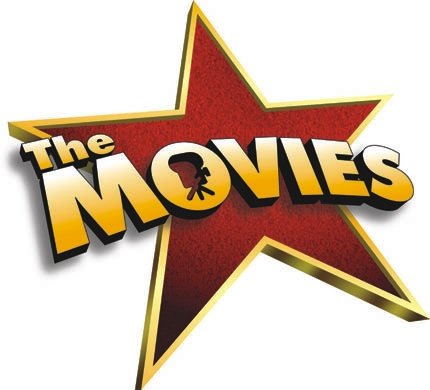 Aerial Camera Systems have had our specialist cameras and crew commissioned for a wide variety of filming projects.   Our credits include sporting events, state occasions, TV and music shows, and some amazing blockbuster movies.
The term blockbuster used to describe a studio franchisable movie with a production budget of at least $100 million. This compares with a typical studio movie which often has a production budget of between $30 to $60 million.
The term “blockbuster” has military origins, but is now used to mean a film that has blown the box office away with its high production costs, reach and production budget.
Blockbusters are large in scope, scale (thematically and visually). Most importantly they are entertaining. Typically, they fall in the high concept action genre and must play well internationally.

What makes a successful blockbuster film?

What makes a successful blockbuster film? Is it huge thrills, spills and visual effects? They help, but ultimately its audience engagement. How emotionally attached are they to the film? Is there a clear story spine and theme that speaks to global audiences?
Popular, hugely successful stories are often journeys of feeling that the audience can share. Dorothy finding her way to a home she belongs in Wizard of Oz, Rocky going from being a nobody to a somebody, Harry Potter finally fitting in.
Steven Spielberg's Jaws (USA, 1975) is considered the first summer blockbuster. Not only did people queue up around the block to see the movie, it became the first film to earn $100 million at the box office.

How Are Blockbuster Films Budgeted?

Some movies such as “Star Wars” and “Batman vs Superman” had budgets of over $200 million dollars. How these budgets are typically spent is outlined below:
• Above the line/ Below the line costs:
These are production budgets with typical breakdowns of 15-20% for A-list talent, director and producer. These are called above the line costs. The remaining 75-80% of the budget refers to the physical production and post production costs, aka below the line costs.
• Prints And Advertising (P&A) Costs:
The P&A (prints and advertising) budgets vary for studio films, but typically lie within the 30-50% of the production budget range. A blockbuster film first starts its advertising up to a year in advance with promos such as “coming next summer”. The main buzz begins around 2 -3 weeks before a film opens. This includes billboards, TV slots, viral marketing campaigns, premieres and product tie ins.

Technology has radically changed the way movies are filmed, especially as computer-generated imagery (CGI) has not only reduced the cost of building sets but also allows actors to magically morph into different beings, integrates historic footage into a contemporary context, and can create all manner of natural and manmade disasters without actually destroying anything.
At Aerial Camera Systems (ACS) our credits include a range of feature films such as The Bourne Identity, Mission Impossible, X Men, Fast and Furious and the Harry Potter films.  Some of these are listed in the “All time box office 100 hits”
For these types of productions we utilise our award winning crews and our in-house designed and built tracks, normally with a Libra stabilised head.   Our high speed tracks are compact with a low profile and can be rigged either on a flat surface or following ground contours or slope. They have fast acceleration (4m/s/s) and are capable of speeds up to 14 metres per second with dynamic speed and acceleration adjustments.
Aerial Camera Systems work around the world to deliver the very best specialist cameras and crew for international coverage.  Whether it’s a sporting event, state occasion, music concert or the next blockbuster movie, we’d love to help make your next filming project a huge success – get in touch to find out how we can help or have a look at our showreel.